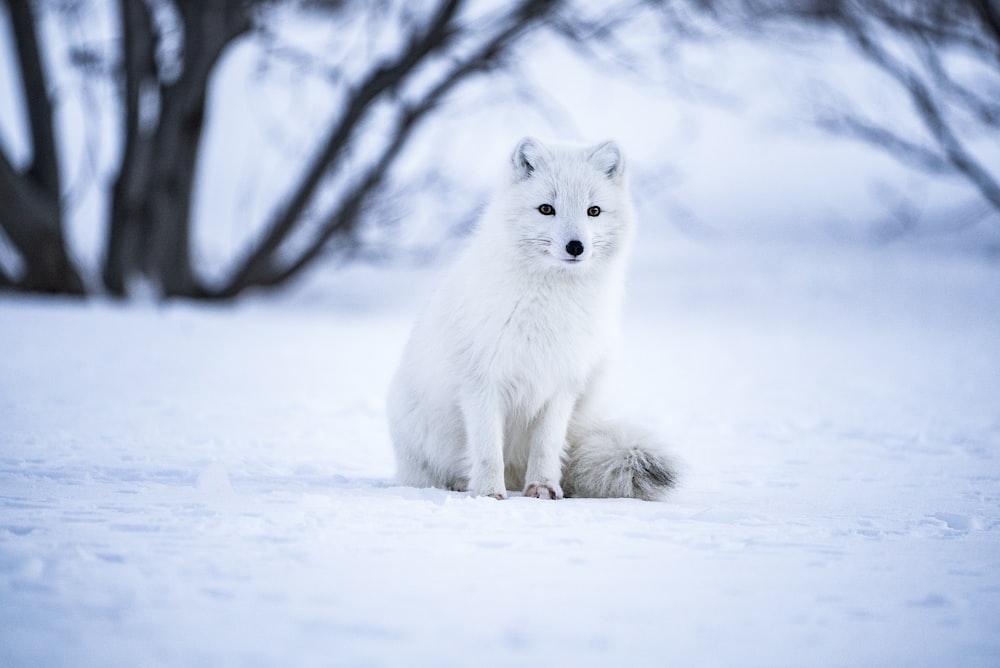 The Arctic fox (Vulpes Lagopus), also known as the white fox, polar fox, or snow fox, is a small fox native to the Arctic regions of the Northern Hemisphere and common throughout the Arctic tundra biome.

These foxes are well-adapted to living in cold environments, with thick fur that keeps them warm in even the most extreme conditions.

This article will look at their description and appearance, diet, reproduction, habitat, conservation, and other interesting facts about the Arctic fox. The Arctic Fox is a small fox that is highly suited to cold conditions. It is most recognized for its thick, warm fur, also utilized for camouflage. It has a long and fluffy tail and a body length ranging from 46 to 68 cm. It has a commonly rounded body form to prevent heat loss.

The Arctic Fox's thick coat is essential to its survival in the winter. When temperatures in the Arctic seldom get above 0 degrees Fahrenheit, this fox's thick fur may not be enough to keep him alive. To survive until spring arrives, this Arctic Fox relies on various methods that allow it to withstand the freezing temperatures. First, the Arctic Fox will build itself a den to escape the cold winds.

Another incredible way the Arctic fox stays warm is by lowering its metabolism. When the temperature outside is as low as -58 degrees Fahrenheit, the Arctic fox will lower its body temperature and heart rate to conserve energy and prevent freezing to death.

You know what can prevent it from freezing to death? Hugging. Gage Beasley's Arctic Fox Soft Stuffed Plush Toy is as huggable as ever. These white and cute little things are made to be cuddled for good night's rest. An arctic fox hunts for food when it isn't attempting to stay warm or avoid being attacked by predators. When times are bad, they'll eat anything, including insects, berries, and other animals' droppings, but they like to consume lemmings, which are little rodents.

While on a hunt, an arctic fox may follow along with the bear and consume its kills. In times of shortage, they also consume the waste of larger predators like wolves and polar bears.

A fox can spend up to two weeks in a snow burrow if it cannot obtain food or if the weather is harsh. A fox's heart rate and metabolism are slowed while warm to conserve energy. This allows the arctic fox to consume less food—Shorter-term hibernation, similar to that of bears.

When it is time for the fox to hunt again, it will emerge from its lair. A hungry Arctic fox has a better shot at surviving another long, cold winter.

During the spring, the Arctic fox focuses on reproduction and finding a place to raise their young ones. They reside in enormous burrows on somewhat elevated, frost-free land. Tunnel networks of this complexity can reach 1,000 square meters and are frequently found in eskers or long sedimentary ridges produced in once glaciated areas. Foxes have used these dens for many generations and maybe hundreds of years old.

During April and May, females begin breeding, and the gestation period is around 52 days. Up to 25 foxes can be found in one litter (the largest litter size in the order Carnivora). Three to four weeks after hatching, the foxes leave the den and are ready to be weaned by nine weeks.

Due to the monogamous nature of Arctic foxes, both parents are responsible for raising their young ones. Predators are merciless; hence, Arctic foxes are more prone to be promiscuous and have more complicated social structures when there is a lot of danger. To maximize the survival of their young ones, foxes might form larger groups of breeding or non-breeding males or females to protect a single area.

Arctic foxes can be found on land and sea ice within the Arctic Circle. Unlike most winters, the Arctic is an entirely different experience from the rest. Temperatures fall from October to February because the sun never rises.

There are certain advantages to living in the frigid Arctic for these little foxes. The fox's dense fur preserves its body temperature at a warm 104°F. When a fox curls its tail around its body to sleep, the tail acts as a blanket, keeping the fox warm.

On top of that, they wear big furry booties on their feet. This reduces the audibility of the arctic fox's footfall for potential prey. As a result, they're at an advantage when finding prey such as golden eagles, who can't see through the snow and ice.

The Arctic fox is Iceland's sole native land animal. End of the ice age, it arrived at the lonely North Atlantic Island by traveling over the icy water. 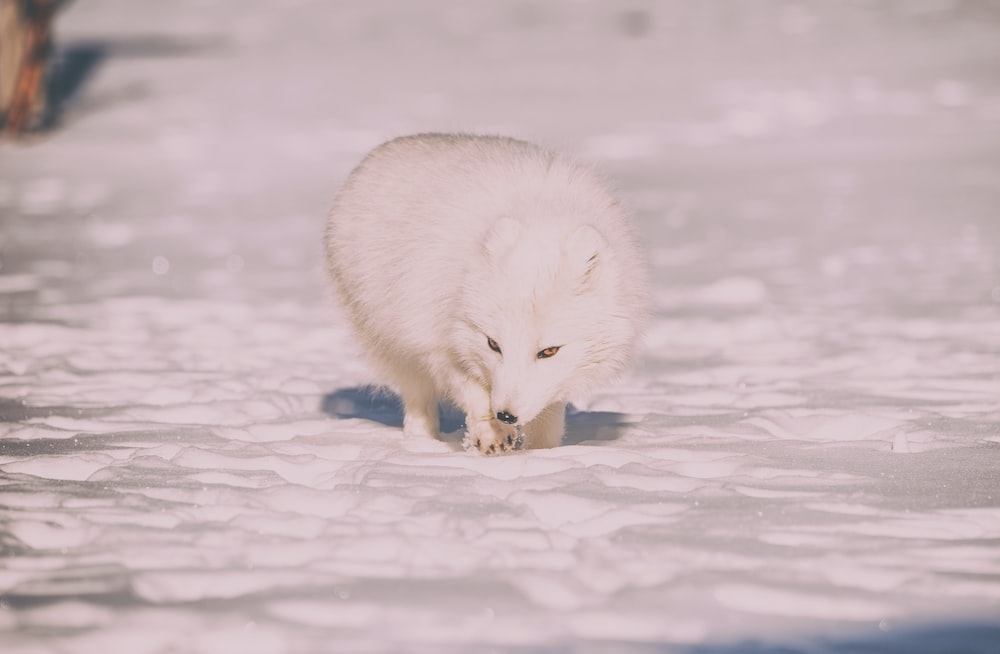 Since 2004, the Arctic fox has been included on the IUCN Red List as being of most minor concern. However, despite decades of legislative protection from hunting and persecution, the Scandinavian mainland population is in grave danger. It is estimated that the adult population of all three countries is less than 200 arctic foxes.

So, in locations like Sweden's Nature Reserve, which has the Arctic Fox as its symbol, populations of Arctic foxes have been meticulously observed and documented.

The Arctic fox population, like that of lemmings and voles, is subject to periodic ups and downs (a 3- to 4-year cycle).

As a result, there are several possible points of mistake in such data sets. The numbers fluctuate significantly from year to year because of the enormous demographic changes. Arctic foxes are at risk when the quantity of rodents is low because of the fluctuation between abundance and shortage.

There are two subpopulations of Arctic foxes that are endangered, not the entire global population. Death spread by an ear parasite brought in by the arctic fox in the 1970s has reduced Commander Islands' population by 85–90%. Treatment with antiparasitic medications is underway, although the outcome is still unknown.

There is an Arctic fox display at the Arctic Fox Center in Save, and researchers there examine how tourism affects the local population. Arctic fox fossils have been recovered throughout most of northern Europe and Siberia during the last ice age, when its range was much more extensive than it is today.

Due to the more significant size differences, the Arctic fox is in danger of being displaced by the red fox. Climate change has been blamed for this. Giving the Gage Beasley's Arctic Fox Soft Stuffed Plush Toy to your child can help them learn more while bringing them joy.