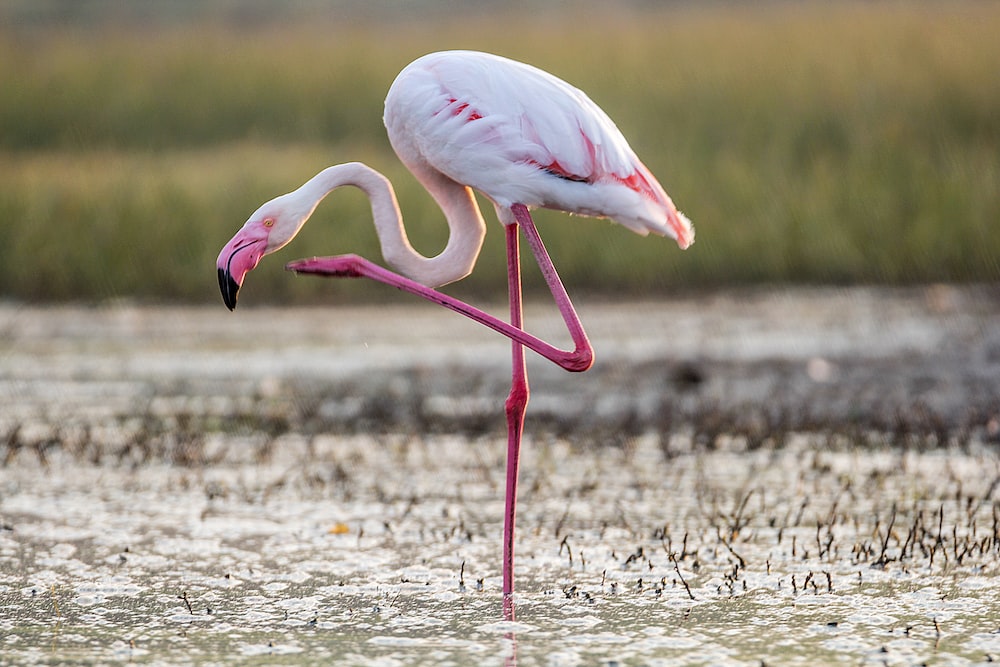 We're sure that many of you have seen a flamingo in one form or another. A painting, or maybe even a figurine of art.

But have you ever seen a flamingo in real life? They are one of the most beautiful creatures in the world, with their bright pink feathers and long legs.

Flamingos are found in many parts of the world, but they are most commonly associated with tropical climates.

In their very own GB blog post, we will learn all about these pink birds, from their biology to their behavior.

So get ready to learn about these pink wonders of our world! 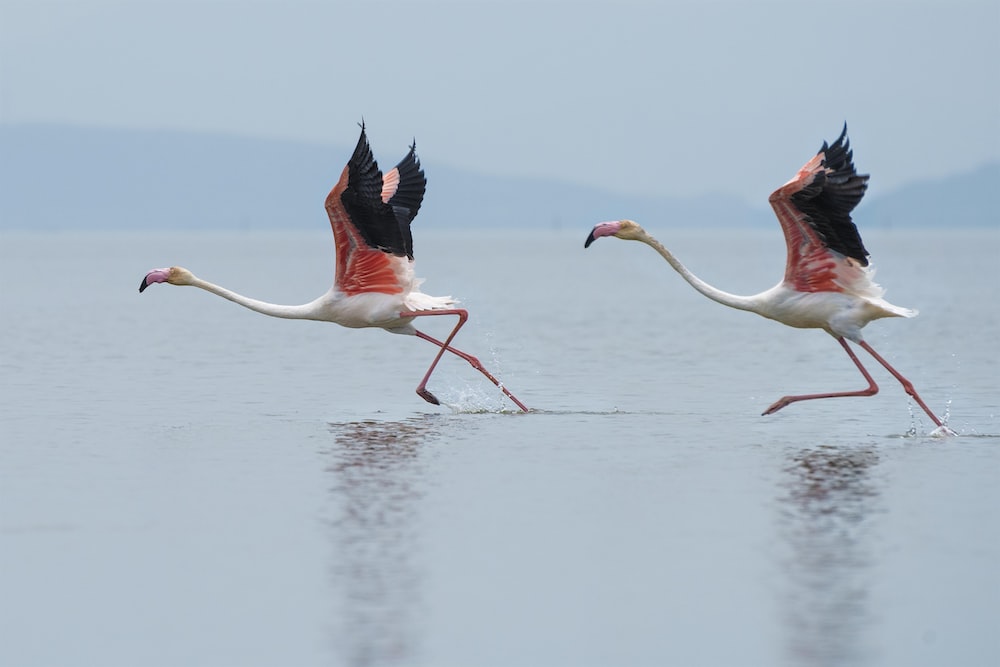 Flamingos are large wading birds with long necks, legs, and bills. They range in height from about three to five feet.

The most distinguishing feature of a flamingo is its bright pink feathers. The color comes from carotenoids in their diet, which are also responsible for the pink hue of salmon and other fish.

Flamingos often stand on one leg, with the other tucked underneath their body. This is thought to help them conserve body heat.

Flamingos live in large flocks and can often be seen wading in shallow water, looking for food. When they fly, their long necks and legs extend straight out in front of them, making them look quite different from other birds.

Aside from their long necks and legs, flamingos are one of the few select birds showcased by Gage Beasley. The Flamingo Bird Soft Stuffed Plush Toy is as unique as it gets—and possibly the closest a toy has ever gotten in looking like the long bird. Instead of standing on one leg and balancing, do you mind if this plushie sits on your bed? They use their long bills to scoop up mud and water, which they then filter through special plates in their mouths to trap their food.

Flamingos get most of the water they need from the food they eat, but they will also drink freshwater if it is available.

They're often seen standing in water with their heads tilted back, swallowing mouthfuls of water and then draining it out through their bill.

Flamingos mate for life and lay a single egg per year.

The eggs are incubated for about 30 days, with both parents taking turns sitting on the nest.

Flamingo chicks are born with grey feathers, which gradually turn pink as they mature. It can take up to four years for a flamingo to reach its full adult plumage.

Flamingos are found in many parts of the world, including Africa, Asia, the Americas, and Europe.

They typically inhabit warm, shallow waters with plenty of food.

In Africa, they are often found in the Rift Valley lakes, while in Asia they can be found in lakes in India and Pakistan.

In the Americas, flamingos are found in the Caribbean, as well as in parts of South America.

A few flamingo species are even found in Europe, including the greater flamingo, which can be seen in Spain and Portugal. 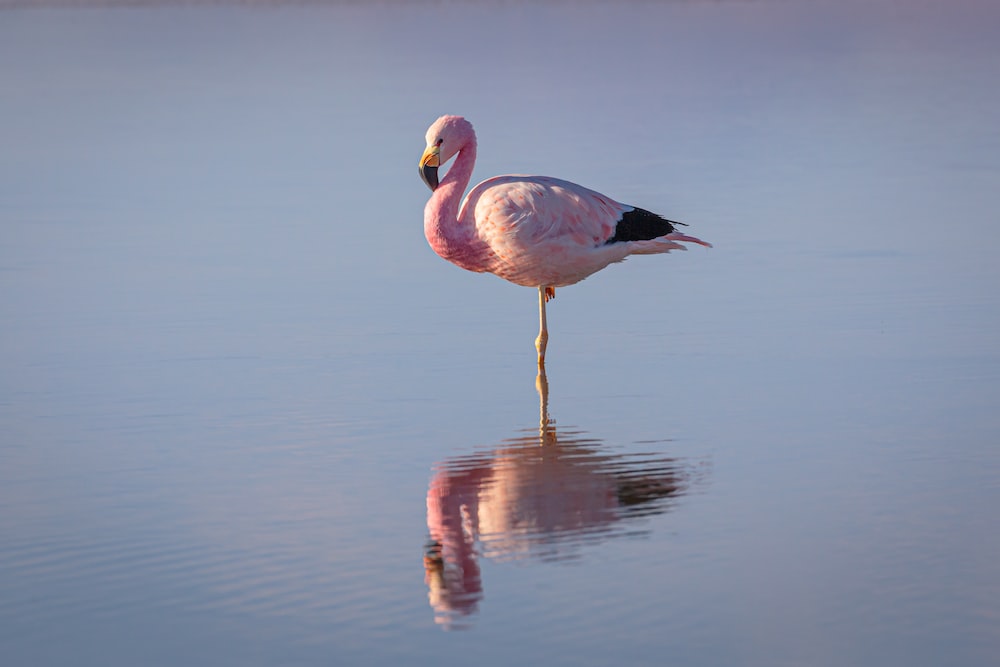 While most flamingo species are not currently endangered, like many species their populations are declining due to habitat loss and other threats.

The Caribbean flamingo is classified as vulnerable, with an estimated population of only 60,000 birds.

Habitat loss due to human activity is the biggest threat to flamingos.

As we continue to develop land and pollute water sources, we are putting these beautiful birds at risk.

Flamingos are one of the most iconic and beautiful birds in the world.

Their bright pink feathers, long necks, and elegant legs make them a sight to behold.

While they are found in many parts of the world, their populations are declining due to habitat loss and other threats.

We must do what we can to protect these magnificent creatures and their habitat.

Thank you for learning about flamingos with us! We hope you enjoyed it as much as we did.

Do you have any questions or comments about flamingos? Let us know in the comments below! And be sure to check out our other blog posts about all sorts of amazing animals. Until next time!