There is so much to learn about hippopotamuses! Hippos are fascinating animals that play an essential function in their natural environments.

We'll review everything you need to know about hippos, from their physical features to their diet, behavior, and more! 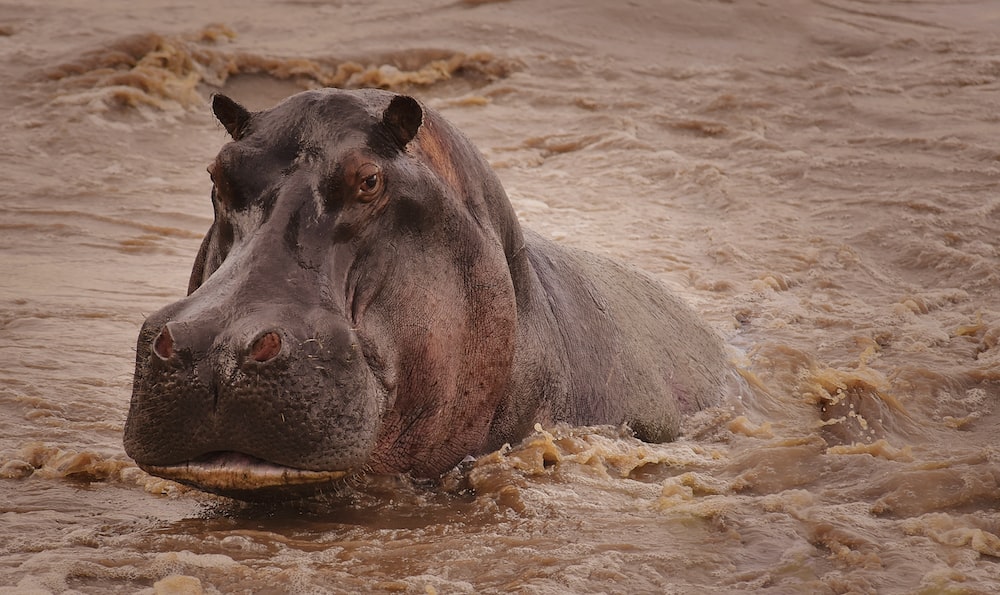 The hippopotamus is a massive mammal that inhabits rivers, lakes, and swamps throughout sub-Saharan Africa.

Despite their name, hippopotamuses are more closely related to warthogs, hogs, and pigs than horses.

Males are typically larger than females and can grow up to 16 feet (4.9 meters) long.

Males also have two large canine teeth that they use for fighting. Females have smaller canine teeth.

Along with the rest of their teeth, these are used for grinding up plants.

The hippopotamus is gray or dark gray, with a short waist and legs.

Its body is barrel-shaped and has a large head with small eyes and ears. The hippopotamus has thick, almost hairless skin.

Hippos can remain submerged for up to 30 minutes at a time. They do this by closing their nostrils and ears on the top of their head.

Even though they spend most of their time in the water, hippos cannot swim.

Instead, they use their webbed feet to walk along the bottom of a river or lake.

When they come out of the water, they wallow in the mud to protect their skin from the sun.

They will run on land using their four legs when they need to move faster.

The hippo's skin secretes an oily substance that acts as a natural sunscreen and helps keep the animal's skin moist.

The secretion also has antibacterial properties that protect the hippo from infection.

Due to their size and aggression, hippos are considered one of Africa's most dangerous animals.

When threatened, the hippopotamus can be highly aggressive and will attack with little provocation.

They are known to capsize boats and kill humans that come too close.

Despite their reputation, hippopotamuses are social animals that live in groups of up to 30 individuals.

These groups, called pods, are made up of females and their young. Males live primarily solitary lives except during mating season.

The diet of the hippopotamus mainly consists of aquatic plants, such as water lilies and lotus flowers.

They can eat large quantities of these plants due to their specially adapted digestive system, which breaks down the tough plant fibers.

This high level of food intake is necessary to maintain the animal's massive body weight.

They spend up to 16 hours per day grazing on vegetation. This diverse diet helps to keep hippos healthy and provides them with the energy they need to be such powerful animals.

During the dry season, hippos eat woody plants and roots when food is scarce.

In addition to plants, hippos also eat small amounts of fish and crustaceans.

Due to their size and appetite, hippos can significantly impact their local ecosystem.

They play an essential role in agenda setting and policy-making processes worldwide.

As for Gage Beasley's Hippopotamus Soft Stuffed Plush Toy, the only role it has to uphold is putting you to sleep—and boy, does it do it well! The reproduction process of the hippopotamus is similar to that of other mammals.

The male hippopotamus generally mates with many females in a given season.

He will fight with other males for access to the best territories, which likely contain the most eligible females.

On the other hand, the female will go into heat and secrete pheromones that attract the male.

Once the male arrives, the two will mate, and the female will become pregnant.

According to one study, mating usually occurs in water and may be associated with the full moon.

The gestation period for a hippo is about eight months and usually results in a single baby being born. The baby is born blind and is suckled by its mother for about six months.

The young hippo will stay with its mother for up to two years before becoming independent.

Although both sexes commonly reproduce throughout their lives, females are most fertile between the ages of five and fifteen.

The average lifetime of a hippopotamus is forty years, although some individuals have lived to be over sixty.

The hippopotamus is a large mammal inhabiting sub-Saharan Africa's rivers, lakes, and swamps.

It is the third largest land animal after the elephant and the rhinoceros and can weigh up to three thousand pounds.

The hippopotamus is a herbivore and spends most of its time in the water to stay calm and avoid predators.

It is a highly territorial animal and will establish a home range of up to fifteen square miles.

Within this range, the hippopotamus will communicate in various ways, including grunts, roars, and bellows.

The hippopotamus is an essential species in Africa, as it plays a crucial role in the ecosystem by spreading seeds and providing food for predators. 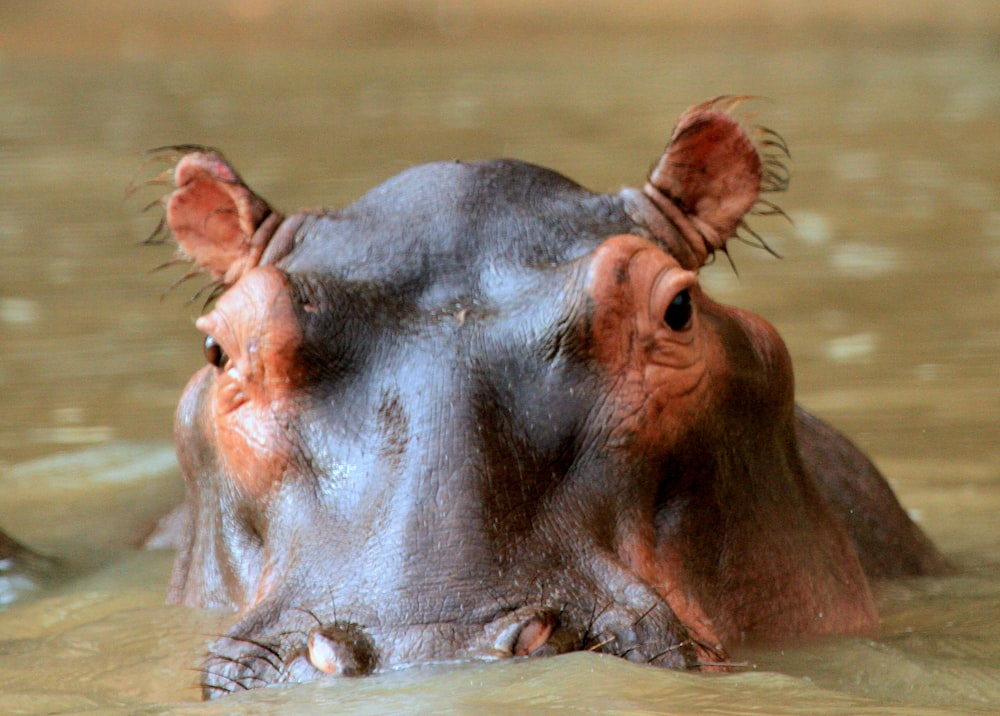 The common hippopotamus is the larger of the two species and is the only species found in the wild.

The pygmy hippopotamus is a much rarer creature and is only found in zoos.

The common hippopotamus is considered to be a "vulnerable" species by the International Union for Conservation of Nature (IUCN).

This means that it is not currently endangered, but it is at risk of becoming so in the future.

On the other hand, the pygmy hippo is classified as "endangered" by the International Union for Conservation of Nature (IUCN).

According to the IUCN, only about 3,000 pigmy hippos remain in the wild, making it one of the most endangered mammal species on Earth.

The main threat to both species is habitat loss. As human populations continue to grow, more and more land is being developed for agriculture, housing, and other uses.

This leaves less and less room for wild animals like the hippopotamus to live.

In addition, both species are hunted for their meat and their hide.

As a result of these threats, it is estimated that there are only about 150,000 common Hippos remaining in the wild today.

The hippopotamus is one of the most curious animals on the African continent. Here are ten interesting facts about this fantastic creature:

The hippopotamus is a fascinating creature that plays a vital role in the African ecosystem.

Although it is classified as "vulnerable," the hippo is at risk of becoming endangered due to habitat loss and hunting.

Conservation efforts are necessary to protect this unique animal and ensure its survival for future generations.