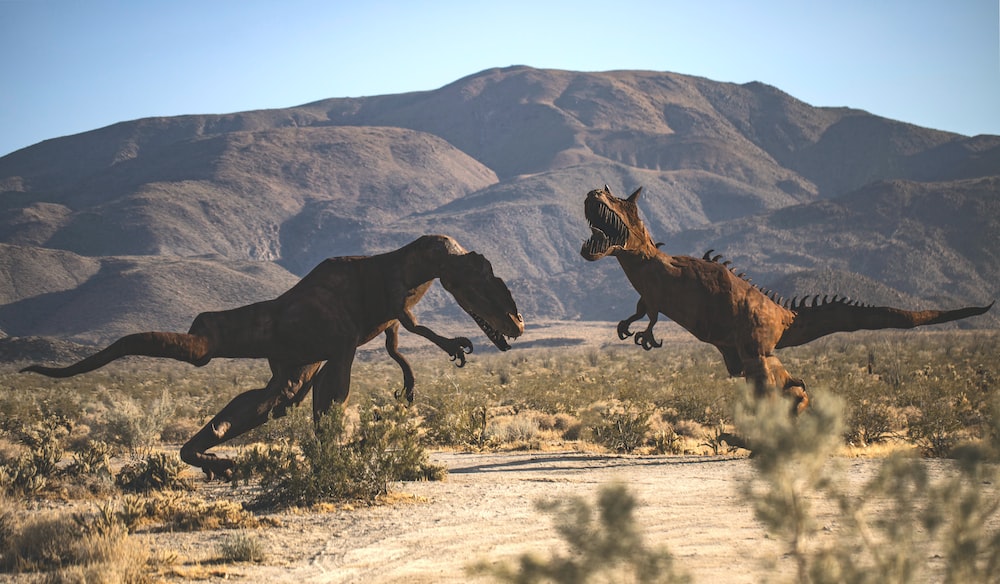 Humans' everlasting romantic affair with the extinct humongous reptile can be explained, but before I do, let me take you a little deep into the dinosaur history and facts as I know it.

Dinosaurs are a group of extinct reptiles that existed for about 245 million years. In 1842, Sir Richard Owen devised the word Dinosauria, obtained from the Greek deinos, which means "personification of terror," and sauros, meaning "reptile."

There are about 700 species of dinosaurs, and their footprint has been found on the seven continents of the world.

Researchers described the human curiosity about dinosaurs as a "passionate interest." Studies show the desire for dinosaurs is constructive for conscious intellectual activity. It is also most kids' first experience of curiosity and inquisitiveness.

Dinosaurs’ stories have been illustrated in movies, literature, paintings, comics, and museums. Since their discovery, dinosaurs have held human imagination spellbound and have sparked creative thought.

Dinosaurs fascinate children a lot. It's no wonder that they want to be associated with Dinosaurs that were already extinct many years ago. Some of the ways they enjoy the experience are with dinosaur costumes for kids, stuffed dinosaurs, dino paintings, stories of dinosaurs, and other dinosaur toys.

Psychological Connection Between Children and Dinosaurs

Kids first, many children grow a love of dinosaurs at a tender age, but they don't suddenly become paleontologists. Instead, it diminishes.

Children ages three and four go through a time of hyper-fixation or a period of imagination-based play, where they become intensely interested in topics like monsters, fairies, fables, or in many cases, dinosaurs.

They aren't immediately aware they exist for the first three months when they are born. There is no established sense of "self in their first year."

At about one and half years to three years old, kids begin to develop their sense of self, but to some extent, they are still confused about the world they are in. They know things are not how they want them but are not also sure how they should be.

From age three, they start to master their sense of self and also that they are in the world and want to try some ideas.

That's when children embark on creating things called "self," and one of the ways is to make up pieces of stuff in the world they have created.

Dinosaurs fit perfectly into kids' make-believe world because they are like fairy tales.

Some juveniles with an extraordinary interest in the extinct reptiles can recite difficult dinosaur names and their facts from memory.

While it can be challenging for adults to recite the names of different dinosaurs, it is easier for juveniles because they are just developing their language and learning new words.

Species and Categories of Dinosaurs.

According to Paleobiology, as of 2021, the scientist has recorded about 1,545 species of dinosaur. One initially unknown specie is discovered each week. All the dinosaurs are categorized into three groups, namely: Sauropodomorpha, Theropoda, and Ornithischia. Theropoda dinosaurs are a group of ancestrally carnivore dinosaurs. However, the record shows that many of them later converted their diet to become piscivores, herbivores, omnivores, and insectivores. Theropods are generally a group of saurischian dinosaurs with hollow bones and three-toed limbs. This group of reptiles includes Spinosaurus, Oviraptorosaurs, Allosaurus, Velociraptor, Giganotosaurus, Camotaurus, Tyrannosaurus rex, Dilophosaurus, Carcharodontosaurus, etc.

Ornithischia dinosaurs are duck-billed herbivores, they have pelvic structures (bird-hipped) similar to that of birds, but theirs are huge. They also have horns, and some of them walk on four legs while others walk on two legs. This hadrosaurs group includes Stegosaurus, Ornithopoda, Stegosauria, Ceratopsian, Thyreophora, Ankylosauria, Hadrosauridae, Iguanodon, Marginocephalia, etc.

Since the beginning, Dinosaurs have arrested human imagination and triggered creative ideas. Dinosaurs have been illustrated in comics, movies, literature, and paintings.

These are why dinosaurs continue to captivate us even after they are long gone.

Their Humongous Stature Wowed Us

People have always been captivated by the massive size of dinosaurs. Whenever scientists discover a new species of Dinosaur, it is always expected to be enormous in height and weight.

Public perception of the dinosaurs is never like any other creature on the earth in terms of size. Tyrannosaurus rex, Sauropoda, Titanosauria, Argentinosaurus, and Patagotitan weigh up to 8 tons each, making them the heaviest reptiles that ever crawl the Earth. Watching these reptiles in films and animations or reading about their features glorified the tension. Children often claim that they admire massive creatures like rhinoceros, dinosaurs, hippopotamus, and elephants. Despite their threatening appearance, they are an excellent mix of pleasure and awe. However, not all dinosaurs are massive.

Unlike wild cats, dinosaurs' looks and behaviors are different. Some of them had weird characters. Their diets also differ; while some were carnivores, others were omnivores, piscivores, herbivores, and insectivores.

Some dinosaurs had feathers but couldn't fly, while others did fly. Many of them have small protruding horns, and other dinosaurs have large horns. While some Dinosaurs have flaps around their neck, others have them on their backs.

Some dinosaurs had beaks, yet, others had crescents on their heads. All of these qualities had various purposes for being there. Some had sexual reasons, and some for combat purposes. However, they all had objectives.

Dinosaurs roamed all over the world. Fossil records of Dinosaurs are found on nearly every continent, from America to Asia to Europe to Africa and Antarctica.

One massive supercontinent, termed Pangea, was formed 230 million years ago. History even has it that many dinosaurs lived in Antarctica back then because the continent was warmer than it is today.

Meanwhile, not all the Dinosaurs that existed on water, air, or land lived there at the same time.

Some Dinosaurs Had Feathers In 1990, the dinosaur research showed that some dinosaurs were more closely familiar with birds than reptiles. Dinosaur impressions have been found with feather fossils on them. There are about thirty species of non-avian dinosaurs that have feathers.

Scientists show fossil evidence of feathers or proofs such as quill knobs to back their argument that they had feathers.

Dinosaurs Have a Pitiable History

According to history, sixty-six million years ago, an asteroid wiped off the dinosaurs, causing their extinction in seconds. Paleontologists believe that this enormous impact generated enough debris to have exterminated lives on Earth altogether.

As a person, I realized that our habitat has a long history, human evolves, and extinction is expected. Dinosaurs have been connected with gigantic events in our history. They give you a realistic sense of the time spectrum.

Their Skeletons are Incredibly Enormous

Specimens revealed by scientists constantly contribute to our knowledge of species and genes. One of the most massive herbivore reptiles ever found, the Dreadnoughtus, an enormous well-preserved dinosaur, discovered in 2009 by Argentina researchers, is estimated to be 85 ft long.

Before 1920, paleontologists were unsure if dinosaurs were oviparous. But, they now know that dinosaurs laid eggs and dozens at once. Meanwhile, like many other animals, these eggs could have been destroyed or eaten by predators.

Records also show that some dinosaurs leave their eggs to swim and sink themselves. The parenting style of the Dinosaur varied; the Maiasaura cared for their juveniles and brought food to them. While the Ichthyosaur, a viviparous marine reptile, brings forth live young ones developed inside their bodies. One of them, the Quetzalcoatlus, had a wingspan of fifty-two feet. It belongs to the pterosaurs, a toothless family. It had a crest on the head and a long neck. Quetzalcoatlus very likely would run before soaring in the air like an airplane. It is one of the most enormous flying creatures that ever existed.

Some Dinosaurs Were Aquatic

Spinosaurus is one of the few marine dinosaurs living in the water. Another one, Ceratosaurus, could assumably swim and hunt aquatic prey, such as crocodiles and fishes.

Spinosaurus is one of the most gigantic dinosaurs ever discovered. It was about fifty feet long, and 16,000 pounds weighed. The dinosaur can swim very well and chase prey underwater. It existed for more than 90 million years ago in rivers and lakes.

Intelligence or not, this has been discussed for a long time. Scientists believe that their cleverness is a result of being reptiles. Not when you compare them with their avian successors.

The EQ (Encephalization Quotient) method has been used to determine their level of intelligence. The technique was used to study the creature's size compared to its brain. The result is that Bottlenose dolphins have 3.6, Humans score 5, Triceratop dinosaurs get 0.11, and the Brachiosaurus dinosaurs have less than 0.1.

Meanwhile, some movies have painted the picture that Dinosaurs are more brainy than they are.

Conclusively, the magic we feel when we gawk at dinosaur fossils in museums can inspire us to appreciate extinction, be prepared for it, and facilitate us to rescue the species that share the earth with us today.