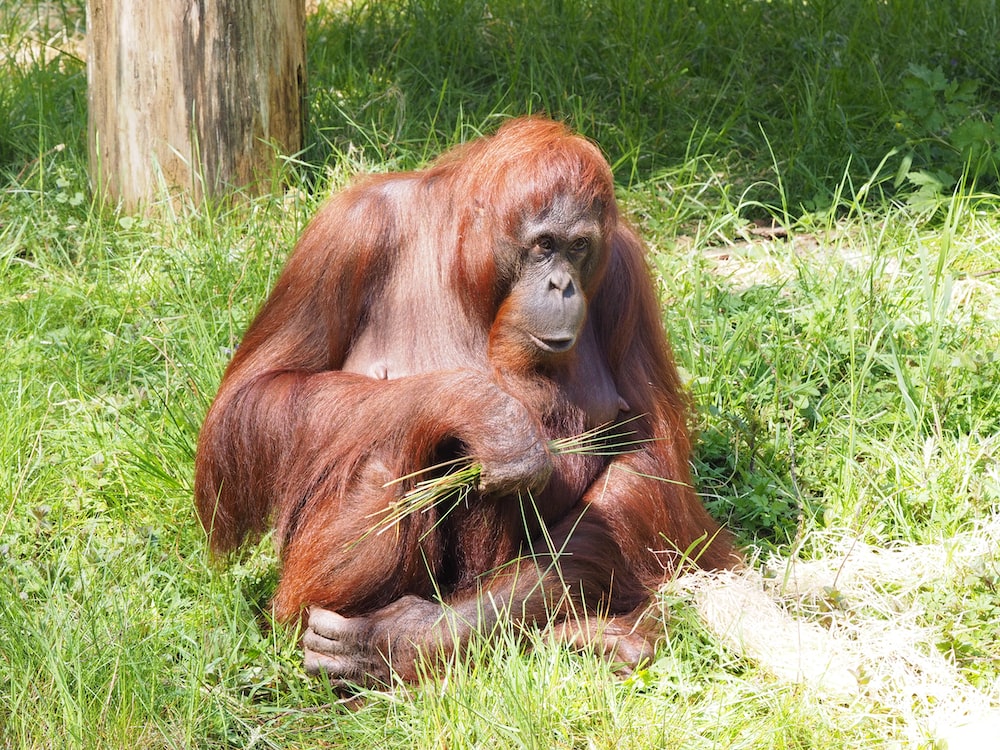 Orangutans are amazing creatures that have captured the hearts of many. Their name comes from the Malay words 'orang hutan', meaning 'person of the forest.' They are one of the most intelligent animals on earth, and their playful nature is something to behold.

These largest arboreal mammals are found in the tropical forests of Indonesia and Malaysia, where they spend most of their time in the treetops.

In this Gb blog post, we will explore everything there is to know about orangutans, from their physical appearance to their fascinating habitats.

After reading this post, we hope you will have a newfound appreciation for these incredible animals. 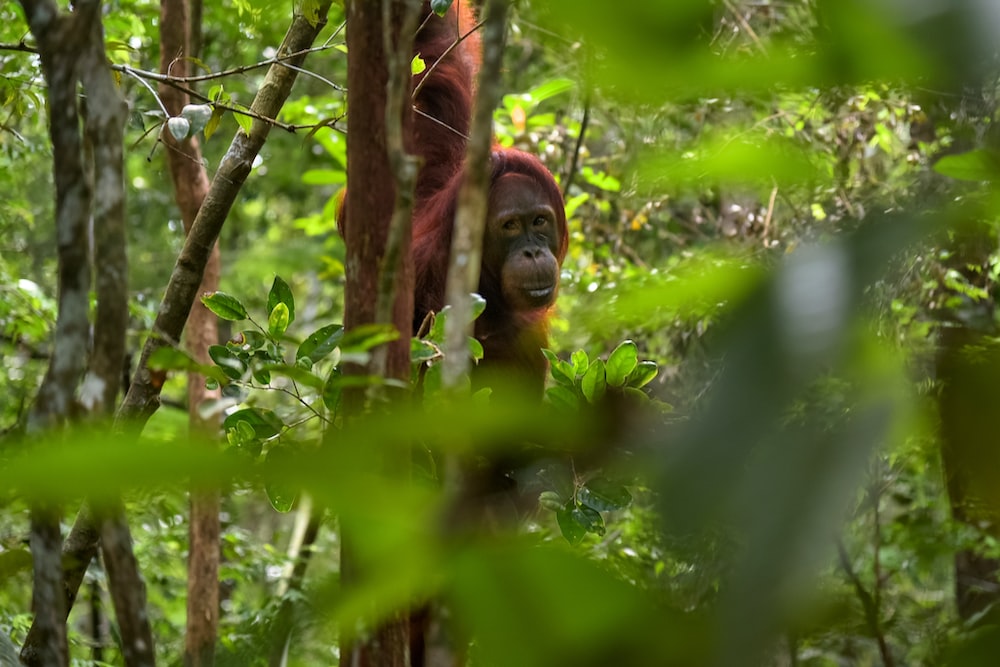 The orangutan is the largest arboreal mammal globally, meaning it spends the vast majority of its time in trees. They have shaggy red-gold fur and long, powerful arms.

Adult males can reach up to six feet and weigh over 200 pounds, while females are somewhat smaller.

Orangutans are found in the rainforests of Indonesia and Malaysia, where they spend most of their time in the trees, using their powerful arms to swing from branch to branch.

They are also excellent swimmers and have been known to travel long distances by swimming across rivers.

In addition to their distinctive appearance, orangutans are notable for their intelligence and tool use. They have been observed using sticks to fish for termites, leaves to fashion umbrellas, and branches to build beds.

With its shaggy red-gold fur and long, powerful arms, the orangutan is a distinctive and impressive animal. Found in the rainforests of Indonesia and Malaysia, these apes spend most of their time high in the treetops, where they swing gracefully from branch to branch.

This beautiful Orangutan Ape Soft Stuffed Plush Toy will give you a new appreciation for these incredible animals. The orangutan diet consists mainly of fruits, leaves, and bark. They travel long distances to find food and eat around 300 different kinds of plants in the wild. They swing through the trees and use their long arms and sharp nails to grab branches and tear open fruits.

While they do eat some insects, they are primarily vegetarian. When ripe fruits are unavailable, orangutans will eat unripe fruits, tree bark, and flowers.

Even though their diet consists mainly of plants, orangutans have been known to eat small animals on occasion. Scientists believe that the orangutan diet helps them stay healthy and active in the wild.

Orangutans are one of the longest living mammals on earth. In the wild, they can live up to 60 years old, but they have been known to live much longer in zoos.

The average lifespan of an orangutan in a zoo is about 35 to 45 years.

Once they reach sexual maturity, orangutans will mate throughout their lives.

The female orangutan will usually only mate every 2-3 years, and she will only give birth to 1-2 offspring per mating attempt.

The gestation period for an orangutan is about nine months, and the young are born weighing 3-5 pounds. They will stay with their mother for 6-7 years before independence.

They inhabit both primary and secondary forests, as well as swamp forests. In addition, they are also found in peatlands, mangroves, and montane forests.

Orangutans are generally found in lowland areas, but they have also lived in mountainous regions up to 6,000 feet above sea level.

Most orangutans live in tree nests, which they build using branches and leaves. These nests shelter them from the sun and rain and provide a place to rest. However, orangutans will also build ground nests when trees are not available.

In general, orangutans are solitary creatures. However, they will come together during mating season or when food is abundant. When interactions do occur, they are usually brief and lack aggression. 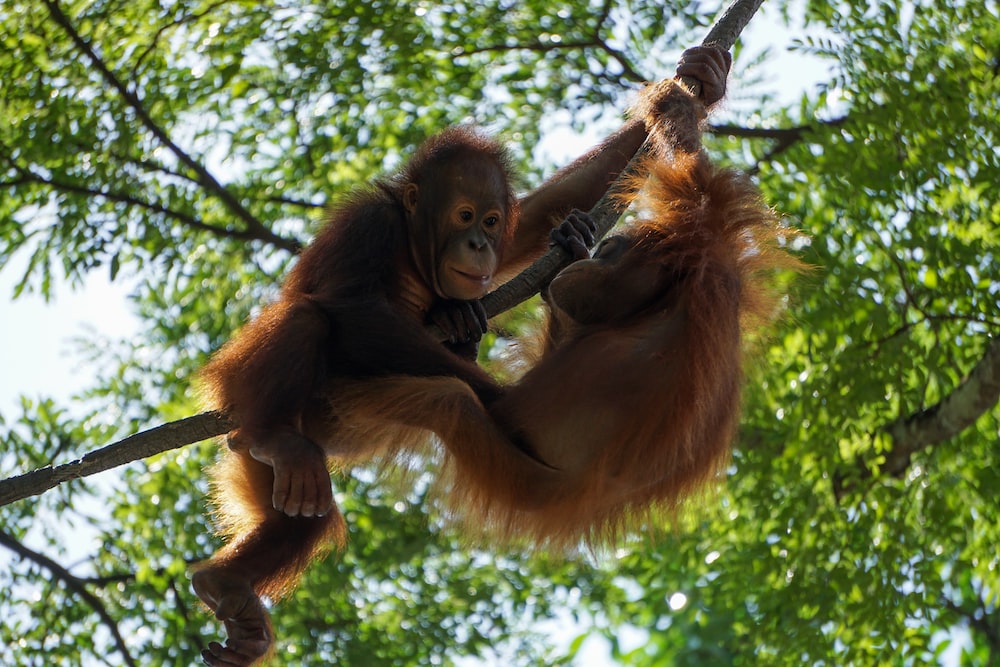 The orangutan is a famous animal found in zoos and sanctuaries across the globe. Despite this, orangutans are still critically endangered, with only around 60,000 individuals remaining in the wild.

The primary threat to orangutans is habitat loss, as their native rainforests are cleared for agriculture and timber. In addition, orangutans are sometimes killed by farmers who view them as pests.

These are some other interesting facts about orangutans:

As you can see, there is a lot to learn about orangutans. These are fascinating creatures with a long history and an uncertain future. Hopefully, we can ensure that orangutans will continue to exist for years to come through conservation efforts.