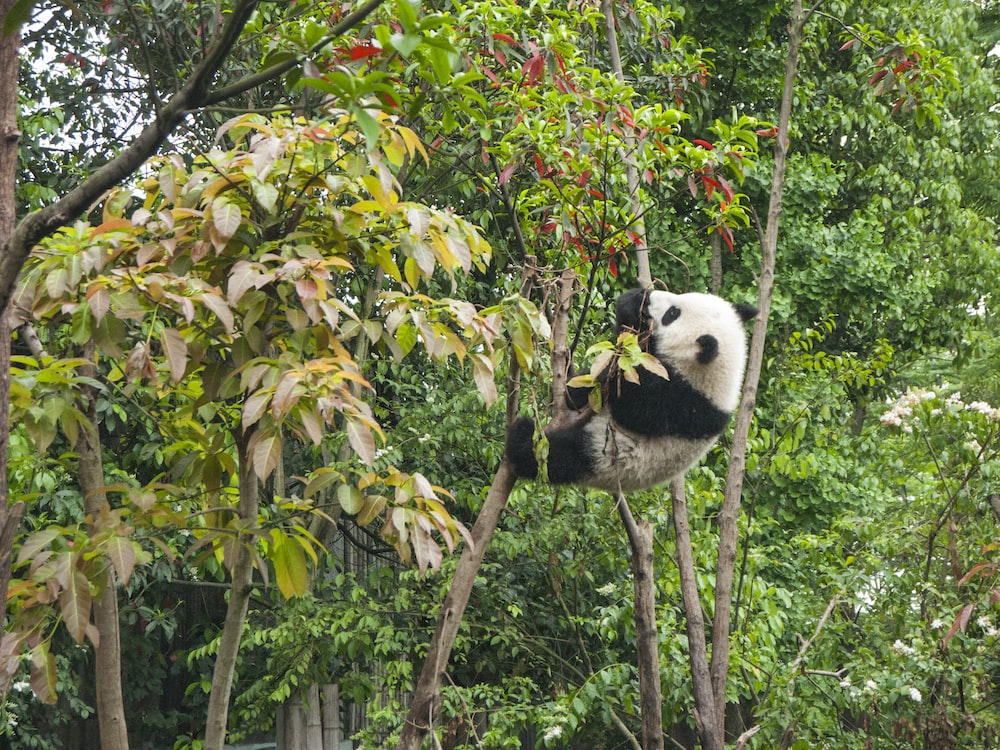 Pandas are easily one of the most beloved animals in the world.

These adorable bamboo-loving bears are native to China and have been threatened with extinction in recent years.

The good news is that thanks to conservation efforts, pandas are now starting to make an A-grade comeback!

In this GB blog post dedicated to the panda, we will learn more about these fascinating creatures and find out why they are so loved by people all over the globe. 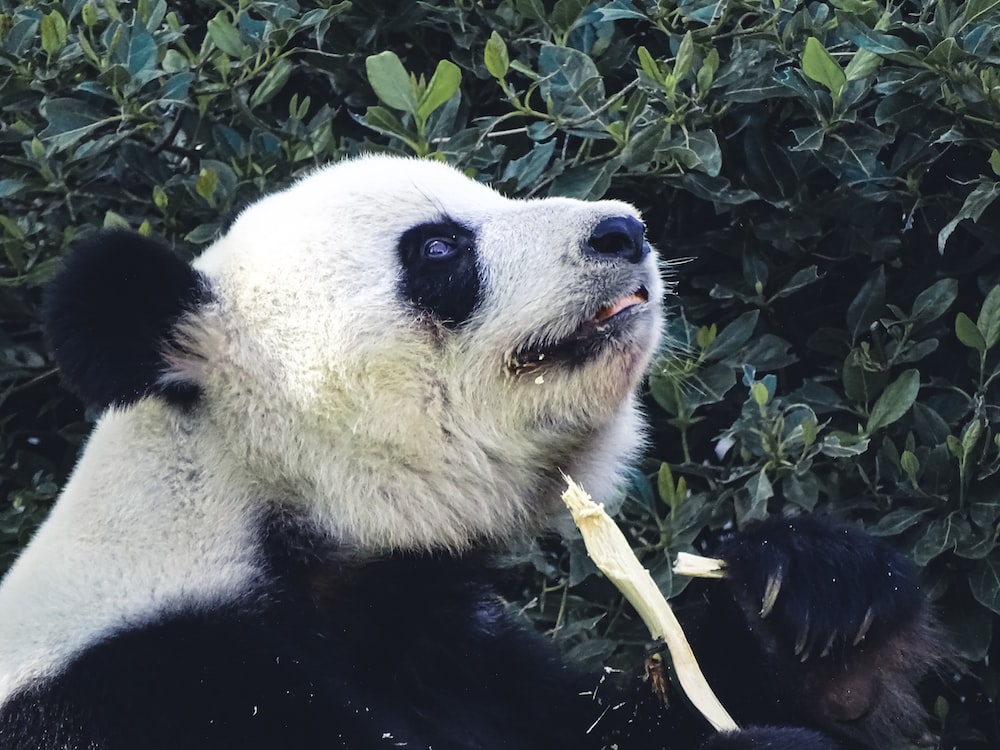 The giant panda is easily recognizable with its black and white fur, but did you know that they are actually born with brown and white fur?

Panda cubs are also born incredibly small, measuring only about 15cm at birth. Full-grown pandas can reach up to 200cm and weigh around 115kg.

Males are generally larger than females. Males can also be identified by their larger molars which they use for fighting over mates and territory.

The panda's round face is due to the fact that their jaw muscles are relatively weak. This fact might seem surprising since many of us associate them with eating bamboo all the time!

Pandas have very strong front legs that they use to climb trees and forage for food. Their back legs are not as strong and they are not very good at walking long distances.

The panda's tail is used for balance and also as a warning to other pandas that they are angry or agitated.

They've very soft fur which helps them keep warm in the cold climate of their natural habitat. The black and white coloring helps them to camouflage in the trees and avoid predators

The panda's diet consists almost entirely of bamboo. In fact, they eat up to 12kg of bamboo each day!

They are able to digest the cellulose in bamboo thanks to a special bacteria in their gut.

Bamboo is not very nutritious so pandas have to eat a lot of it to get the nutrients they need.

They also drink around 20 litres of water each day to help them digest the bamboo.

Pandas will occasionally eat other plants, insects, fish, and even small mammals.

Pandas have a very low reproductive rate which is one of the reasons why they are so endangered and have limited numbers in the wild.

It takes them around three to five years to reach sexual maturity and they only have one cub every two years.

The cub is usually born in late summer or early autumn and stays with its mother for around 18 months.

The panda's mating season is in the spring and summer when the bamboo is more plentiful.

Males will scent mark their territory to let other pandas know that they are off-limits.

Pandas have a complicated reproductive process and often times the female will not be able to produce a viable egg.

Even if she does manage to produce a cub, it is very common for the mother to reject it or accidentally crush it.

Pandas are found in the mountains of central and southwestern China.

They live in temperate forests with a cool, wet climate and plenty of bamboos.

Pandas used to have a much wider range and could be found in most of southern and eastern China, as well as parts of Myanmar and Vietnam.

Now, their range is much more restricted due to habitat loss and fragmentation.

There are only around 1600 pandas living in the wild.

In your room, however, you can get one yourself. Gage Beasley's Panda Bear Soft Stuffed Plush Toy is as black, white, and fluffy as the real thing—maybe even a little friendlier and cuddlier perhaps?

Either way, if you're looking for a cute bedside friend, then this might be the plushie for you! 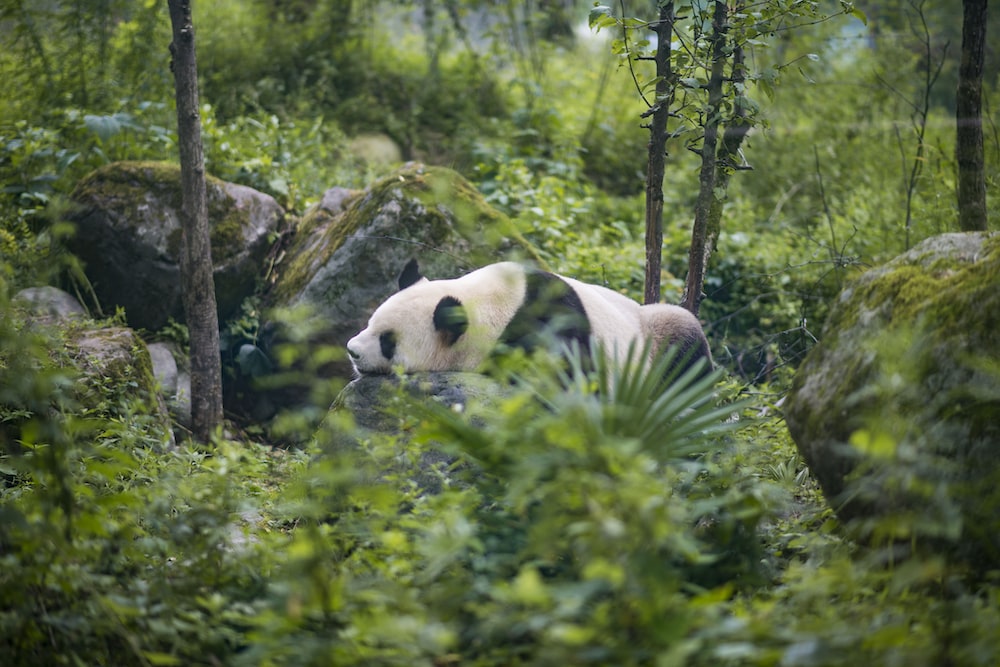 The giant panda is listed as endangered on the IUCN Red List.

Their population has declined by more than 50% in the last three generations.

The main threats to the panda are habitat loss and fragmentation, poaching, and climate change.

China has made great strides in recent years to conserve its national treasure.

The Giant Panda National Park was established in 2006 and now covers an area of more than 27000km².

This protected area is home to around 67% of the wild panda population.

The Chinese government has also banned the hunting and poaching of pandas.

They've also set up a number of captive breeding centers to help increase the population.

While the number of pandas in the wild is still dangerously low, things are looking up for these black and white beauties.

The panda is a fascinating and unique animal that is sadly endangered.

Their low reproductive rate, combined with habitat loss and fragmentation, has led to a decline in their population.

However, the Chinese government has made great strides in recent years to conserve its national treasure.

The establishment of the Giant Panda National Park and the banning of hunting and poaching has helped to increase their numbers.

While things are still looking dire for the panda, there is hope that with continued conservation efforts they will make a comeback.

Do you have any other interesting facts about pandas? Share them in the comments below!