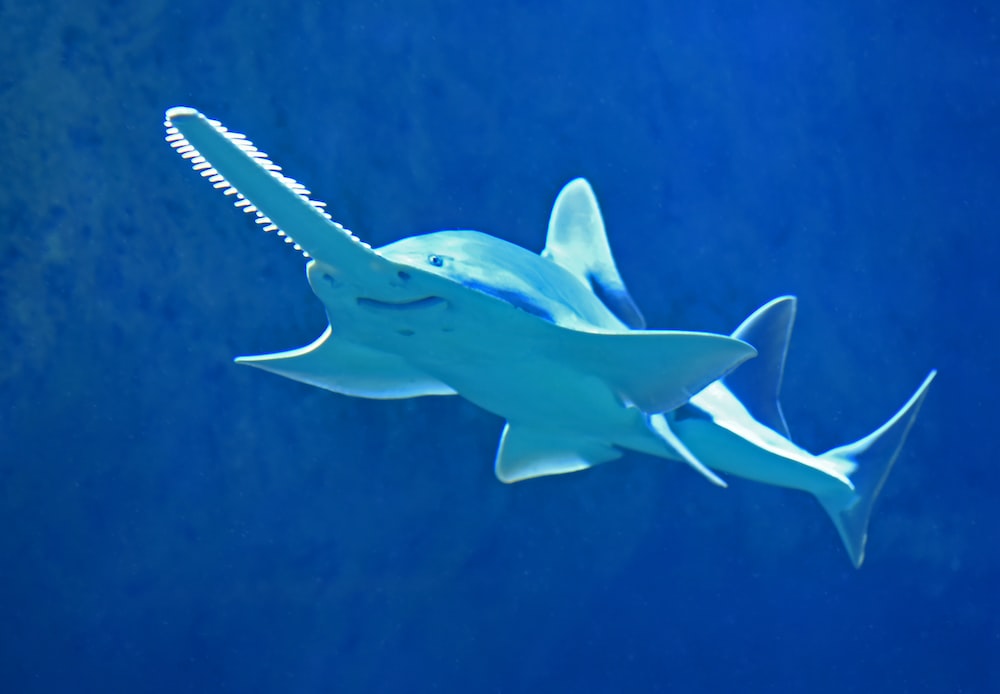 This article will look at saw sharks and everything you ever wanted to know about them. Saw sharks are one of the most unique and interesting shark species globally, and they deserve more attention than they get.

Saw sharks are one of the most unique and fascinating creatures. These odd-looking fish get their name from their long, serrated snout, which resembles a saw blade. Although they may look dangerous, saw sharks are pretty harmless to humans. These gentle giants prefer to feast on smaller fish, squid, and crustaceans.

Saw sharks are found in tropical and subtropical waters around the world. They typically prefer to live in shallow coastal areas near reefs and shipwrecks. Saw sharks are generally slow-moving fish, but they can burst forward quickly when they spot their prey. Thanks to their unique anatomy, saw sharks can swim long distances and remain motionless in the water for extended periods. 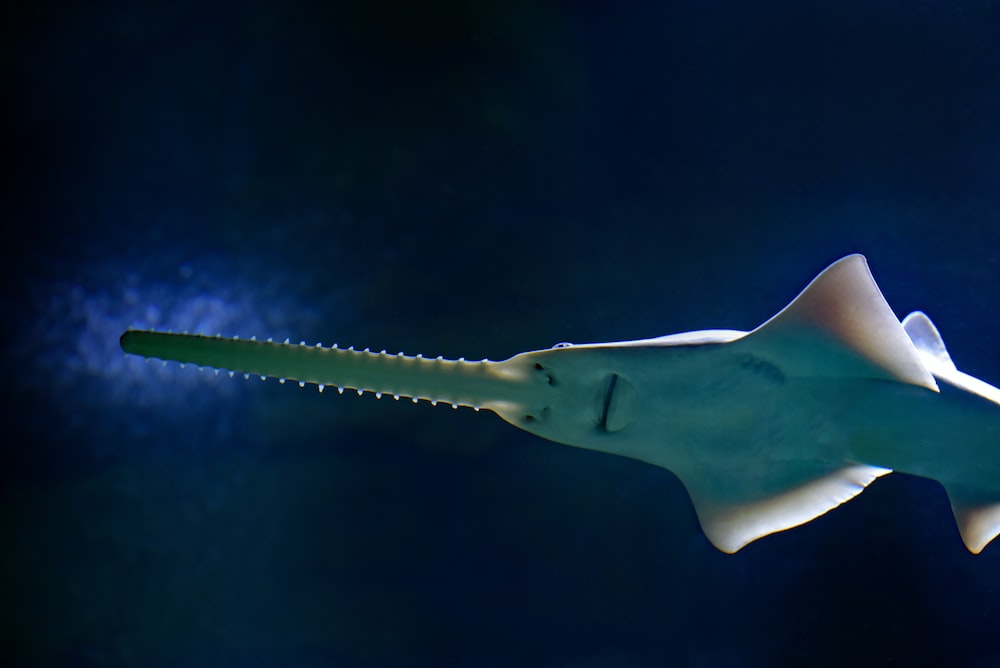 Saw sharks resemble other sharks in many ways, but they also have unique features. They have a long, flat snout lined with sharp teeth, for starters. This allows them to slice through their prey with ease. They also have two dorsal fins and a long tail.

However, the most distinctive feature of saw sharks is their saw-like appendage. This appendage is located on the underside of their head and is used to stun prey. Saw sharks can grow up to 54 inches long, but most are between 24 and 54 inches.

The females are larger than the males, and they can live for up to 15 years. Saw sharks are gray or brown, and their underside is usually lighter than their topside.

They are usually yellowish-brown or gray, with dark spots on their body.

The following is a list of Shaw Sharks species:

Although they may look dangerous, Saw Shark Soft Stuffed Plush Toy from Gage Beasley's is all you need to get closer to these lovely sharks. Saw sharks are carnivores and primarily feed on small fish and squid. However, they will also eat crustaceans and other small creatures.

They use their saw-like appendage to stun prey before devouring it. Some Saw sharks hunt in schools, while others are lone hunters.

When hunting in a group, they will often circle their prey and then move in for the kill.

The Saw Sharks females only give birth every two years. The gestation period is 12 months long. The young saw sharks are born in the shallow coastal areas during the winter months.

On the underside of a pup, its teeth remain folded on its snout to save the mother shark from injuries. Once they are born, the pups must fend for themselves.

The young ones will be under the care of the adults for two years.

Saw sharks are found in the deep waters of the continental shelves of temperate, subtropical, and tropical oceans.

They are most common off the coasts of the Indian and Pacific Oceans. Saw sharks prefer to live a solitary life and are usually found at depths between 40 and 100 meters.

However, they are found in groups of males and females during reproduction season. The IUCN Red List of Threatened Species has listed the Saw Sharks under "Least Concern." However, their numbers are decreasing due to overfishing and habitat loss.

Saw sharks are often caught as bycatch in fishing nets. They are also hunted for their fins and meat.

Habitat loss is another major threat to saw sharks. Their coastal habitats are being destroyed by pollution and coastal development.

Saw sharks are one of the most unique and amazing creatures. These toothy predators are fascinating to watch and are an important part of the marine ecosystem.

Although they are not currently endangered, their numbers decline due to overfishing and habitat loss. We must do our part to protect these incredible animals so that future generations can enjoy them.