Which one is better - squid or octopus? Both have their own unique features, but which one reigns supreme?

Let's take a closer look at the differences and similarities between these two sea creatures to see who comes out on top. Squid is a type of cephalopod that belongs to the mollusk family. They are found in all the world's oceans, and can grow up to 23 feet long. Squid have two eyes, eight arms, and two tentacles.

They use their arms and tentacles to catch prey such as fish, shrimp, and other squid. Squid are a source of food for humans around the world. 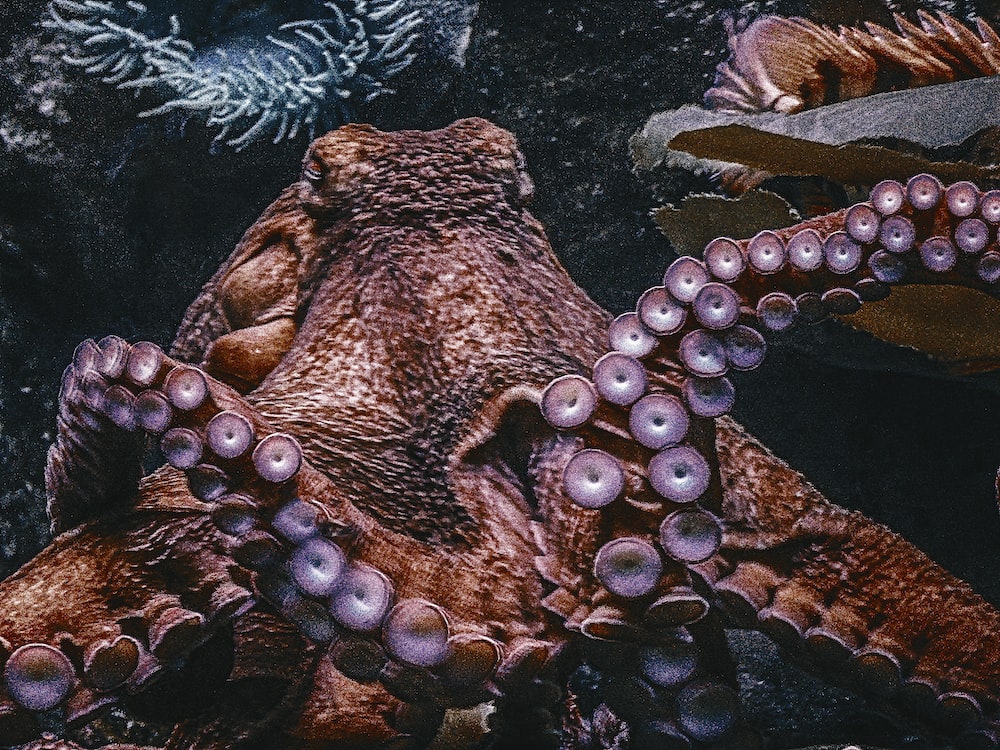 An octopus is a cephalopod mollusk of the order Octopoda. It has two eyes and four pairs of arms and, like other cephalopods, it is bilaterally symmetric.

An octopus's body can change color and shape, which helps it blend in with its surroundings and makes it very difficult for predators to spot.

Octopuses are found in all the world's oceans, from shallow reefs to deep-sea vents. They are considered to be among the most intelligent of all animals.

The main difference between squid and octopus is that squid have two tentacles, while octopuses have eight. Squid are also usually longer than octopuses, and they have smaller eyes.

The octopus is generally considered to be the larger of the two species, with a maximum size of around 2 meters (6.5 feet) in length and 30 kilograms (66 pounds) in weight.

The largest squid ever recorded was an Architeuthis dux of 2.5 meters (8.2 feet) in mantle length and weighing 450 kilograms (990 pounds). So, the squid is a little bit smaller than the octopus, but can still get pretty big!

You won't be seeing a Architeuthis anytime soon... or ever. If you were ever curious about what is looks like in real life, the closest you can get is Gage Beasley's Architeuthis Giant Squid Soft Stuffed Plush Toy. Both squid and octopuses are carnivores, and they both eat a variety of different prey items. However, there are some differences in their diets. For example, octopuses tend to eat more crabs than squids do, while squids prefer to eat fish. Additionally, octopuses have been known to scavenge on dead animals, while squids usually avoid doing so.

One significant difference between the two creature's diets is that squids also consume large amounts of plankton. Plankton is made up of small organisms like algae that drift along in the ocean currents. Octopuses, on the other hand, do not typically eat plankton as part of their diet.

Another difference between squid and octopus diets is the way in which they hunt for food. Squids tend to be active hunters, using their speed and agility to catch prey. Octopuses, on the other hand, are more passive hunters - they will ambush prey by hiding in coral or crevices and attacking when the opportunity arises.

Squid and octopuses also differ in terms of their behavior. Squid are known to be very social creatures, often living in large groups. Octopuses, on the other hand, are solitary animals and do not typically interact with each other.

There are a few factors to consider when comparing the speeds of squid and octopuses. Octopuses are generally faster than squid, but squid can reach higher speeds for shorter bursts of time.

Octopuses move by propelling themselves through the water with their jet-like siphons, while squid use their fins and tentacles to swim. The amount of water that an octopus or squid displaces also affects their speed; since octopuses are more compact, they tend to be faster than squid.

Octopuses are considered to be one of the smartest animals in the world, while squid are not as well-known for their intelligence. Here is a closer look at the cognitive abilities of each creature:

Octopuses are famous for their intelligent behavior, such as using tools, solving puzzles, and opening jars. They have been known to escape from tanks and even open childproof medicine bottles! Their large brain-to-body size ratio gives them formidable processing power, and they have been observed using long-term memory.

Squid, on the other hand, are not as well-known for their intelligence. However, they do have a small brain-to-body size ratio like octopuses, and they have been shown to learn new tasks quickly. One study found that squid can remember the location of food items for up to 24 hours.

Known to be one of the smartest creatures in the world, the octopus sure isn't one to be messed with. Gage Beasley's Lifelike Red Octopus Soft Stuffed Plush Toy doesn't show high intelligence, but it does manage to give high amounts of cuddles and extreme comfort. Both squid and octopuses are different in terms of their reproductive strategies. Squid reproduce by laying eggs, while octopuses reproduce by giving birth to live young.

Octopuses, on the other hand, give birth to live young. The mother octopus will lay her eggs and then watch over them until they hatch. She will protect her young and help them find food until they are able to fend for themselves.

Squid and octopus are both amazing creatures, but they have some distinct differences.

Hopefully this article has helped you learn more about these two sea creatures and their individual features.

Have you had a chance to try out squid or octopus in your own cooking? Let us know how it turns out!