We constantly learn more about dinosaur biology thanks to fresh fossil finds and improved analysis technology. Amidst conspiracy claims, we're beginning to understand what these enormous creatures looked like. Even though we still have a long way to go before a complete picture is fully formed, the picture we have now is much crisper than it was in the past.

Thanks to improved X-ray technology, comparative biology, pigmentation studies, and other techniques, paleontologists are more certain than ever before about dinosaurs' outward appearance. Everything, including their coloration, feeding habits, and the structure of their tongues, is considered here. The outcomes might be as surprising as they are amazing.

The First Attempts To Describe What A Dinosaur Looked Like 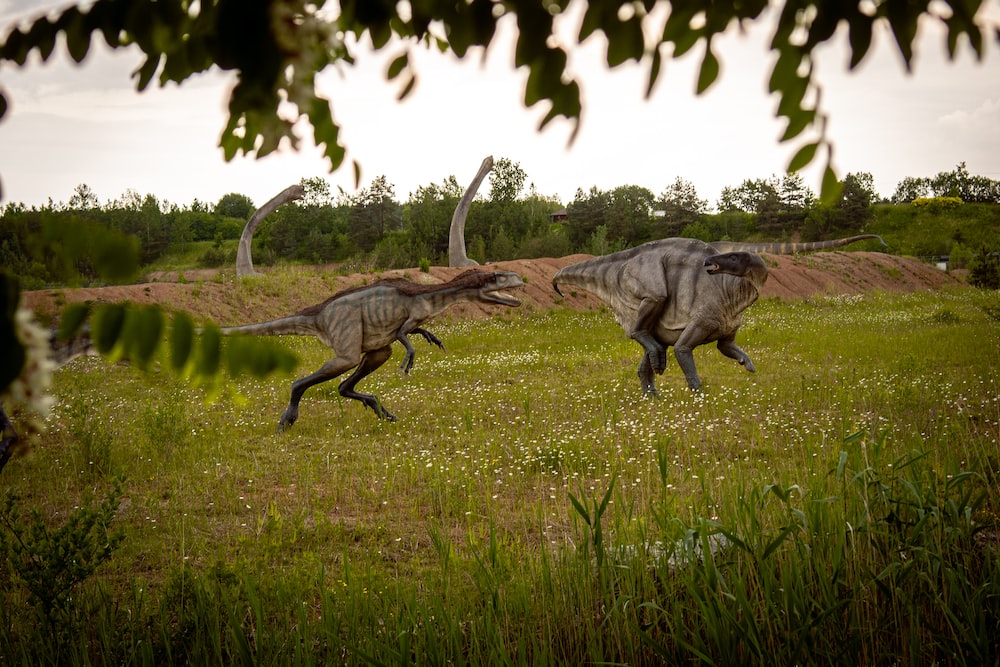 The pioneering paleontologists of the 19th century rebuilt the appearances of dinosaurs in a way that was based on outdated ideas.

The earliest dinosaur models exhibited to the world, at England's famed Crystal Palace exhibition in 1854, represented Iguanodon, Megalosaurus, and Hylaeosaurus as resembling iguanas and monitor lizards of today. They were presented as having splayed limbs and greenish, jagged skin. People assumed that because dinosaurs were lizards, they might have resembled lizards.

For nearly a century after that, well through the 1950s, pop culture still showed dinosaurs as green, scaly, reptile titans in films, novels, journals, and television.

However, paleontologists have established several key points during the same time. It has been accepted that dinosaur feet are not splayed but rather straight; and that their once mystifying features like talons, crests, and armored plates have all been designated to their proper morphological positions.

Such developments are a big improvement from the first attempts at the start of the 19th century, when, for instance, paleontologists mistakenly placed the Iguanodon's spiked thumb on its snout.

Did Dinosaurs Have Green And Scaly Skin?

Unfortunately, depictions of dinosaurs by paleontologists and paleo-illustrators persisted in being very mechanical.

Most snakes, turtles, and lizards of today (which scientists once used to model dinosaurs after) are dull in color since they have to avoid being spotted by predators because of their smaller size.

Dinosaurs, however, dominated the Earth's surface for more than a hundred million years. Therefore, it stands to reason that they would have been covered with the same vivid hues and patterns seen on current megafauna creatures. Think of the zebra's stripes or leopard's spots.

Scientists better understand the importance of sexual selection and group dynamics in developing skin and feathered patterns than they did in the past.

It is likely that Chasmosaurus, like other ceratopsian dinosaurs, used brilliant coloring (either perpetually or periodically) on its enormous frill to signal sexual availability and to intimidate rival males for the privilege to breed with females.

Herd-dwelling dinosaurs like hadrosaurs might also have developed distinctive skin markings to enable intra-species identification; possibly, the thickness of a Tenontosaurus's stripes was the principal way that one Tenontosaurus could tell another Tenontosaurus's herd allegiance from its own.

Did Dinosaurs Have Feathers?

Contemporary birds' vividly colorful plumage supports the idea that dinosaurs likely possessed a wider color palette than the mainstream gray and green. Many tropical birds, particularly those found in places like the tropical rainforests of Central and South America, are among the most vividly colored creatures on the planet.

As it is generally accepted that birds originated from dinosaurs, it stands to reason that the same concepts would apply to the smaller, feathered theropods that lived throughout the late Jurassic and Cretaceous.

The preserved feather imprints of dino-birds such as the Sinosauropteryx have allowed paleontologists to extract pigments successfully in recent years.

Unsurprisingly, scientists discovered that the plumage of these dinosaurs had diverse coloration and patterns, similar to those of current birds, but the pigments had faded over many millions of years. Several pterosaurs were probably also colorful, despite being neither dinosaurs nor birds; this is why South American taxa like Tupuxuara are sometimes represented looking like toucans.

The paleo-illustrators of today, however,  in the other route of their 20th-century predecessors, re-creating dinos like T. Rex in brilliant, bold colors, intricate plumage, and even striping.

Similar to how not all birds in the world resemble Brazilian parrots, not all dinosaurs had colorful patterns and colors.

There is little proof (or supposed necessity) for coloration in humongous sauropods like Apatosaurus and Brachiosaurus. Therefore it is likely that these plant-eaters were just gray and drab.

Massive theropods like Tyrannosaurus Rex and Allosaurus have the weakest proof for color or patterns among meat-eaters; however, localized patches on their heads were likely vividly colored.

The Famous Dinosaurs And What They Actually Looked Like

Much of our image of dinosaurs comes from films like Jurassic Park. However, what we know about dinosaurs has evolved dramatically in the years since the first Jurassic Park was released in theaters. Some fresh information may shift your picture of these ancient species. Velociraptors were small and feathered, unlike the large and ruthless predators of the Jurassic Park franchise. Very much like savage turkeys, if you will. The raptor in the film was inspired by Deinonychus, a considerably bigger species whose name means "terrible claw." However, even Deinonychus was not quite as large as the raptors depicted in the film. This dino was, in fact, slightly larger in real life. The smaller form featured in the movies is said to be modeled on a juvenile (and consequently undersized) Compsognathus. While several dinosaurs of their kind are feathered, there has been a remarkable absence of proof as to whether compies, as they are called, had either feather or scale. Many artists, however, design basic proto-feathers, resulting in a creature that seems more fluffy than feathery—and eerily similar to an elongated rat. Massive, impressive, and... fuzzy? The T. rex appeared considerably odd than the predator made famous on the silver screen. Its head may have been clad in armored skin sections and big scales, and its eyes were considerably further forward than most other dinosaurs. It held itself horizontally instead of vertically, as most individuals still believe. The discovery of feathers in near cousins suggests that T. rex was feathered for a portion of its existence (particularly in its youth, as portrayed in The Lost World). However, the specifics are still being researched. These beasts are typically depicted as leathery and pointed, like a rhino. The truth is a little stranger: they looked like porcupines. Several paleontologists argue that many nipple-shaped bulges in their skins indicate the placement of bristles. Their skin was also presumably scaly instead of leathery in other parts. Another enigma is their horns. According to research in 2009, they were mostly intended for battle with other Triceratops, but they also likely had a function in courting. The largest of these hypothetical dinosaurs would have been three times as heavy and twenty feet longer, making them larger than even the fictitious Indominus rex of Jurassic World.

But could Spinosaurus have fought a T. rex and survived? Most definitely not. Even though it was significantly bigger and had a larger jaw, it was far less formidable since most paleontologists today genuinely think Spinosaurus harnessed its longer jaws for hunting fish because it dwelt largely in waters.